The X-Files, Chris Carter and why this season finale is just perfect 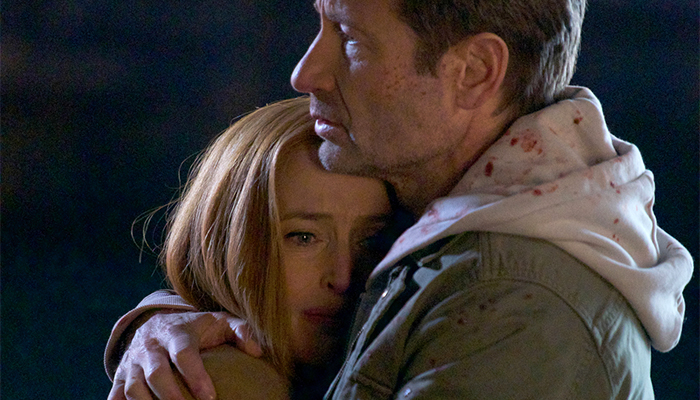 “My Struggle IV” is just perfect, the finale top peak of a story Chris Carter hid from us for years and finally he told us on screen.

In this finale Chris Carter tells us William’s story, a character we didn’t see very much in the past and that became essential for the present and the future of the show. For years, many of us had hope, we had a very specific idea about who William was and became, we even imagined the moment of his return many times. “Ghouli” changed everything, it made us understand that our story wasn’t the one Chris Carter imagined for him, and in this last episode we got that message again.

William is a very lone boy, feared by a future he can see but he can’t understand. He has very strong supernatural powers that is learning to control, but these powers put him in danger too. We learned he lived as an outcast all his life. Now, he is on the run and he’s hiding from the men who want him to control the future, first of all Smoking Man. And here we have the first big revelation of the episode: in the teaser William talks about him as “his father”. The episode is just at the beginning and we’re already slack-jawed.

But we’re watching “The X-Files”, and “The X-Files” is not an ordinary or normal tv show. We are at the end of this season and we didn’t get an episode similar to another (ten episodes with ten different taglines – it never happened before) and this not a thing that happens in an ordinary tv show.

Chris Carter shaped the four “My Struggle” stories by looking into the classic Mythology of the show and playing with some points of that story he intentionally never explained in the first nine seasons. He let us imagine, for many years, what happened during those moments we didn’t get to see, and now he told us his story and he made this with his genius and unique style: he surprised us overturning almost any theories fans made up when the show was not on air.

It’s impossible to know if he plotted everything since, for example, “En Ami” was shot. I believe he will never tell us.

For Mulder and Scully, William was their son since the very first moment. And so, we believed the same with them. The “My Struggle III” shocking revelation it’s here confirmed: in a way, CSM played a role in William’s conception.

But William and Scully bonded thanks to the visions about the future they share. So, it’s natural to ask to ourselves when Scully really learned about her son’s origin. Is really Skinner who revealed it to her? In this episode we see Scully sharing with William his thoughts and visions about the future. Is really possible she didn’t know? Judging by her reaction, it almost seems Scully knew it by some time and was ready to accept that.

The news tore us apart even more in this finale because of Mulder reaction. In this episode we found again the perseverance and the stubbornness of that brother who searched for his sister for all his life, only this time we see a father who wants to find his son. During the tenth season, we realized Mulder had very strong feelings for William, even he never clearly showed us. Until this moment Mulder chose silence to express his sorrow, he chose to move his feelings in the background and to support Scully trying to soothe her guilt.

We always lived William’s story through Scully’s words and thoughts, but this time we lived it through Mulder. Mulder’s fury and pain led this never-been-father to do what he never did in the past: shoot CSM – his father – and push him into the water with all his strength. 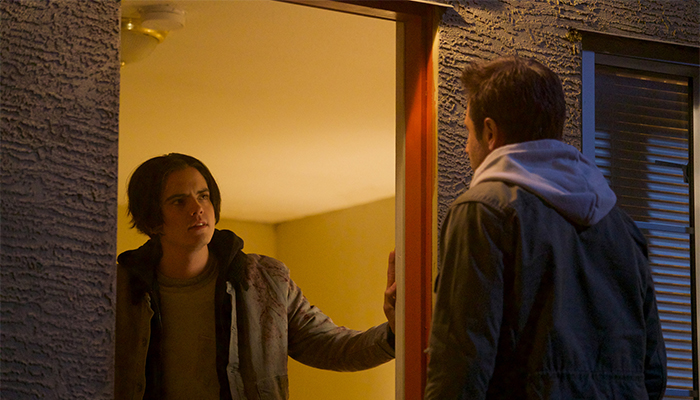 The extraordinary performance of David Duchovny made this episode very moving and let us with no words at the end. We never saw Mulder like this, crying for his son, talking about being a father and showing his pain about his loss. This is a journey in the heart and the soul of these characters we love so much.

“The X-Files” never showed us wide open Mulder and Scully’s feelings, but in these two last seasons their relationship became the focal point of the story. Mulder and Scully changed, they grew up, and their vision of the world changed with their age. Mulder and Scully are still suffering by their guilt, but they are finally ready to accept that truth they putted aside many times.

“The watchwords of the series were ‘The truth is out there’ and I felt for many years that, corny as it sounds, the biggest truth in the universe is love, is this sort of none physical truth. It’s the bond Mulder and Scully formed, and yet, because their partnership was based on this quest for the truth they were kept from consummating that bond. It’s like their battle kept them from being together”, said Frank Spotnitz about the season nine finale.

There is a crescendo in this “My Struggle IV” and it led us again right at that point. Mulder and Scully are together again. Scully let William go because it’s him asking to her, because she knows she can’t protect him, because she knows he’s still alive and because she knows that if she will not let go of him, Mulder will go on looking for him, consuming himself in this search as it happened for his sister.

Maybe it’s true that Mulder and Scully are not William’s parents, but I strongly believe that none of them will be able to let go this boy for good.

Right now, Scully knows they have to go on. Their future, that one they want to share with one another, has to start right from this point, from that second, maybe even more shocking, revelation of this story thanks to that I found myself screaming to my tv in the same way I did many years ago watching “Requiem”.

If this is “The X-Files” finale, of the whole tv show, I’d be ready to let go Mulder and Scully. This is just Chris Carter’s way to say “they lived happily ever after” and for me, this is just the absolute perfection.

We have many questions with no answer, just like it was with “The Truth”.

But we have to remember that there’s no episode, most of all if we’re talking about a season finale, that give us answers to all our questions. Because “The X-Files” may change through the years, but it’s able to adapt to the reality of the moment it’s living in, and still be truth to itself keeping his strong identity.

At the end of “My Struggle IV” we don’t know, for example, who’s really dead and who’s not. Skinner is still alive? Monica Reyes is really dead? And CSM, that same man who survived to a missile launch… is it really possible he’s dead after a couple of bullets in the chest? What’s gonna happen to William now? Did CSM realized he shot him and not Mulder? And the viral apocalypse? And, on top of that… if “The X-Files” should return, we’ll have another baby around!

My feelings about this finale are a mix of amazement and gratitude. Amazement, because Chris Carter always keeps me guessing. Gratitude, because I’m really grateful for having him, his tv show, Mulder and Scully, in my life.

I wouldn’t be surprise if, in a future yet to come, this wonderful writer would be back again with these new stories he says he has still to tell.

These two last years, starting from the tenth season of the show, were a great ride. For the first time in my life I found myself watching the new episodes and having to write about it as soon as they aired. I don’t know if I succeed, but I had fun writing and sharing my thoughts about my favorite tv show ever. I watched Mulder and Scully with new eyes and today, I think I love them - and the whole series - even more, thanks to these two last seasons.

What ever is gonna happen now, “The X-Files” will be forever. 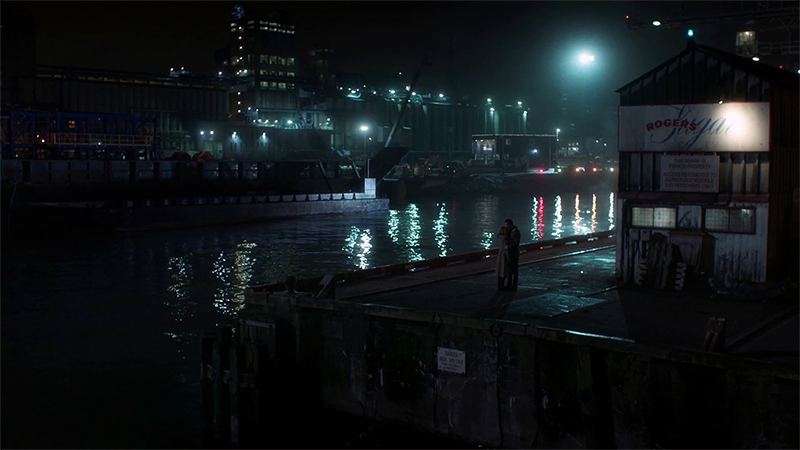 Share The X-Files, Chris Carter and why this season finale is just perfect

Beyond the Sea VENTI

A Set Visit to the X-Files Sequel!